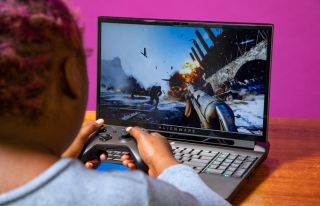 The advantages of the GeForce RTX 2060 are in the real-time ray tracing feature. This feature makes various light effects in the game such as the direction of light, reflections, and shadows appear more real. NVIDIA also carries artificial intelligence in the form of anti-aliasing DLSS to smooth the edges of 3D objects in the game.

In June, AMD launched the Radeon RX 5700 Series which is intended to rival the NVIDIA GeForce RTX 2060. This graphics card comes with two variants, namely regular and XT. AMD claims the newest graphics card is 10% faster than its competitors in terms of performance.

As a series with higher performance, the Radeon RX 5700 XT comes with 40 compute units and 2,560 stream processors that can produce a maximum clock speed of up to 1,905MHz. This graphics card is also strengthened with 8GB GDDR6 RAM with memory bandwidth up to 14Gbps.

When performance is faster than the GeForce RTX 2060, the Radeon RX 5700 and RX 5700 XT are not equipped with ray tracing features like their competitors.

When it was first launched, many gamers questioned why Nvidia was still releasing the GTX series when the RTX series was already popular. The answer is, of course, to make gamers happy who need performance without having to spend expensive pockets.

Unfortunately, you won’t get the features in the RTX series such as ray tracing and AI support. However, for those of you who want the best graphics experience while playing, it’s clear the GeForce GTX 1660 Ti is the solution.

Again, the “red team” does not want to lose. To answer the presence of NVIDIA’s GeForce GTX 1660 Ti, AMD also comes with its latest series, the Radeon RX 590 in the middle-class market. GPUs made based on the 12nm manufacturing process can provide a more awesome gaming experience.

Radeon RX 590 is present as the successor of the previous series, RX 580, with the same specifications as VRAM 8GB GDDR5, memory speed up to 8Gbps, 36 compute units and maximum memory bandwidth up to 256GB/s. Even so, the RX 590 comes with a higher clock speed, which is 1,469Mhz for the base clock and clock boost up to 1,545Mhz.

This “super” graphics card certainly has better performance than the conventional version. However, the price offered remains the same so gamers will benefit from this latest series.

Like other RTX series, this one graphics card has been equipped with current features. Call it real-time ray tracing, support for DLSS AI, and stable performance for resolutions of 1440p up to 4K.

The Time of Trials: Waiting for a Coronavirus Vaccine