Micron Technology (MU) was reviewed on May 13 and we recommended that “Similar to other stocks that have suffered declines, MU could stage a temporary rebound in price but the longer-term picture suggests further price weakness ahead. I would sit out any near-term bounce in MU as the double top pattern worries me.”

The company was downgraded by a sell-side firm to sell from hold Friday.

In this daily bar chart of MU, below, we can see that shares of MU have made an island top reversal by gapping higher in late May and gapping lower today. A retest of the April-May lows looks like it could be the next move for MU. Prices are back below the declining 50-day moving average line. The slope of the 200-day line is still negative.

The On-Balance-Volume (OBV) line has been neutral/steady the past two months. The Moving Average Convergence Divergence (MACD) oscillator was edging up to the underside of the zero line but now it is more likely to turn lower again.

In this weekly Japanese candlestick chart of MU, below, we see a mixed picture. This week’s candle is not plotted yet so we still see more lower shadows than upper shadows. The slope of the 40-week moving average looks to be neutral.

The weekly OBV line looks like it shows some improvement in May. The MACD is below the zero line but has narrowed towards a possible cover shorts buy signal in the weeks ahead.

In this daily Point and Figure chart of MU, below, we can see a potential upside price target in the $93 area. 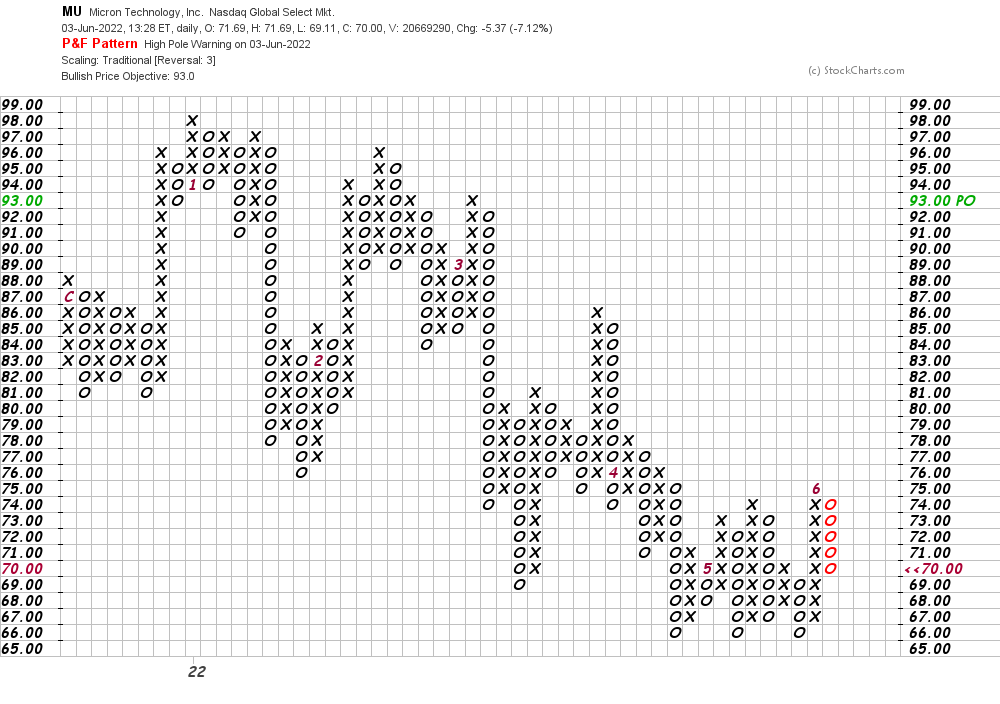 In this weekly Point and Figure chart of MU, below, we can see the same $93 price target as the daily chart. 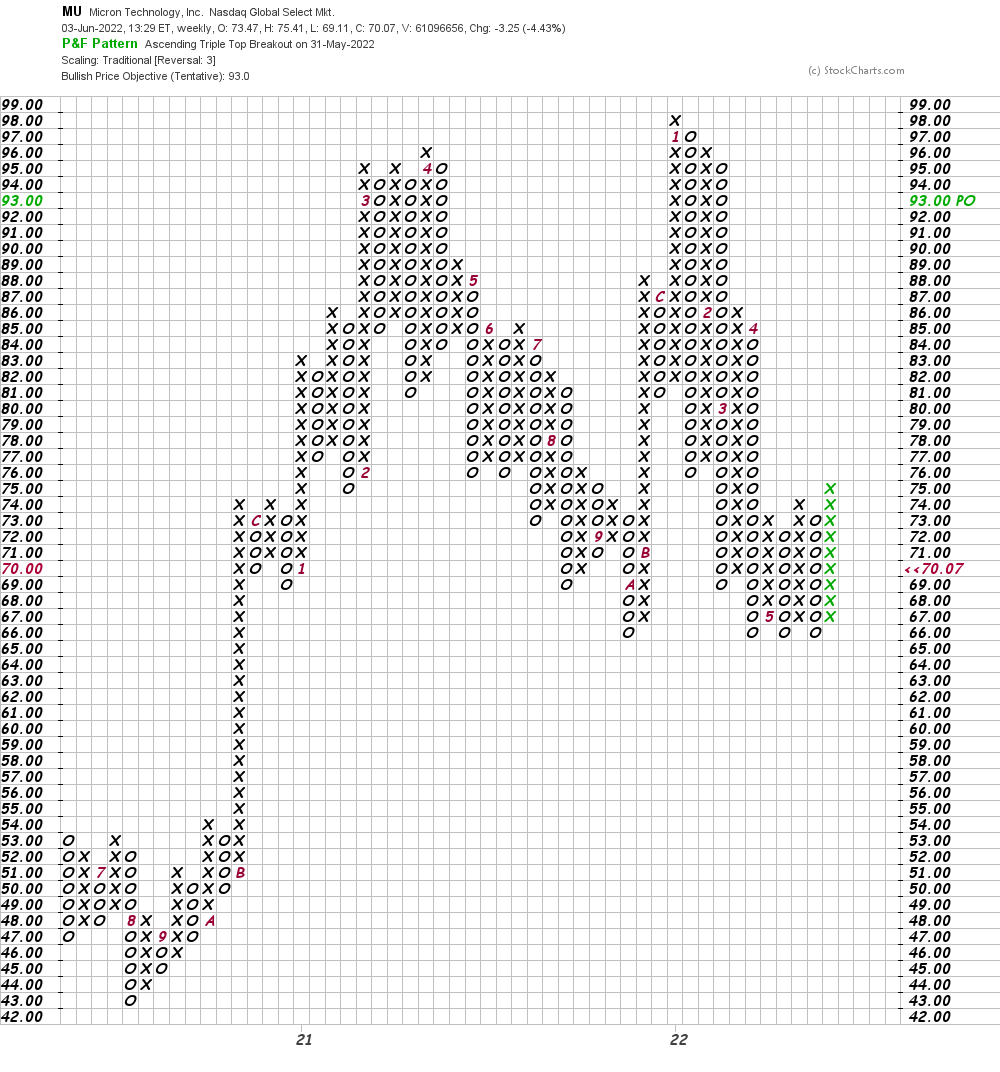 Bottom line strategy: MU may continue to hold the $65 level but a close below $65 on increased volume will tip the scales towards the bears. Stay tuned.

Get an email alert each time I write an article for Real Money. Click the “+Follow” next to my byline to this article.

Grab the Answer to the Never-Ending Question, “What Is the Cloud Computing?”